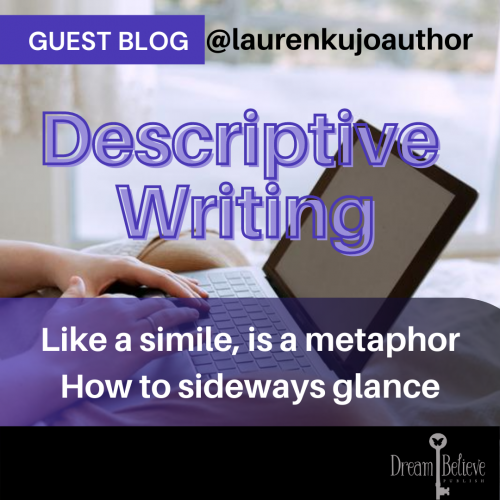 So, I was talking to a reader the other day who said she loves a good metaphor (and I’m including similes, because one without the other is like bread without butter – see what I did there?) and I do too. I think they can make some great writing, if used well (and you avoid clichés . . . but we’ll come to that later).

Anyway, let’s first look at what a simile is, and what a metaphor is.

A simile is when you say something is like or as something else.
E.g. ‘her tears fell like rain’/’light as a feather’

A metaphor is when you say something is something else.
E.g. ‘her smile was wintery’/’his toady eyes’

Now, let’s look at why this works.
This works because it gives you more. Instead of giving you what is expected, it gives you a new perspective on something. ‘Her tears fell like rain’ – We begin to picture dark and stormy nights, cold, conflict, lashing rain. We see a lot more than if we just say ‘She cried’.

However, some similes and metaphors have been used so much, people have stopped seeing to them. If you read ‘red as a rose’/’stiff as a board’/’cat like smile’, you’re not picturing a rose garden, or a board, or a cat smiling. You’ve heard them so many times before, they don’t give you that fresh, inspiring look they might have one done!

Well, we sideways glance, is how!

The only way I can really explain it is to kind of mentally squint at the object or person you’re trying to describe, pick a key element or two, and then make associations with those elements.

Let’s go for 3 examples and learn as we go!

She looked at the tree through the window. It was an oak tree. She didn’t like it because it looked creepy.

(Not my finest work, but let’s move on). This does what it says on the tin. You know a girl is looking at a tree and it’s creepy. Nothing to write home about. Next!

The branch of the tree struck the window with a sound like long nails scratching lonely notes along a glass. She shivered, staring out, willing the branch to move back. The shadow it cast on her bedside rug was as gnarled and broken as an old man’s arthritic hand.

First step with this was, sideways look at a tree. What can be creepy about a tree? Well,
we’ve all seen that stereotypical scene of a bedroom in darkness, a tree branch wavering and looking like a hand…let’s use that, but sideways glance at it. Who’s hand would that tree branch hand look like? What is the sound it would make on the window as it scraped by, and what might that sound be similar to? Then look at what associations those images conjure up! Long nails? Creepy witches, predatory animals, things that bite and scratch and dig. You imagine dirt under those nails, but then add in the glass, and the picture changes. This is a dirty, long clawed thing that is civilized enough to be holding a glass. What is this fuckery, you ask? This is how you sideways glance!

Okay, so…yes, I went in on the metaphor a little bit there, but you can see how I went from my first impressions to this. Losing yourself in a metaphor like this can give insight into the mental state of the character, as well as their personality. The things they don’t like, how that affects the way they move around the world. Perhaps this young girl has a grandmother or grandfather in a hospice, the sound and shape of the tree branch remind her of the last time she saw them? Maybe it brings back smells or images from then?

The point is, don’t be afraid to go deeper, think outside the box. They say clichés are cliché for a reason, and once upon a time, yes…but why not try to make a new one? One that gives your readers a fresh perspective? You can use this idea to a greater or lesser degree; go all in like I did, or something simple. Use it in a way that suits your writing!

I live in sunny North Wales, with my ginger tabby, Geoffrey. I have a degree in Psychology and work as a Healthcare Assistant in Bangor Hospital. I’m currently working on my first novel, A Week of Wednesday; a character driven psychological thriller. 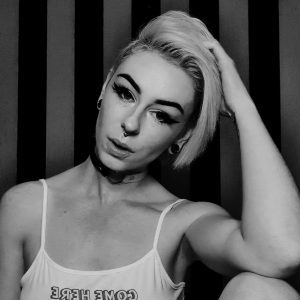 Descriptive Writing – How to sideways glance – By Lauren Kujo

By Lauren Kujo So, I was talking to a reader the other day who said she loves a good metaphor (and I’m including similes, because one without the other is like bread without butter – see what I did there?) and I do too. I think they can make some great writing, if used […]

Autumn’s Feature Publication Nature’s Breath Sheri Lynn A talented wordsmith with an eye for imagery Sheri Lynn is an up and coming author.  An award winning poet, Sheri has a remarkable way of connecting the reader with the beauty of nature.  Nature’s Breath is not just a wonderful collection of nature inspired poetry.  The […]

Free Publishing Templates  There are many free publishing templates out there.  Amazon, Barnes and Noble, Blurb, all self-publishing, and printing companies provide templates.  They aren’t all easy to use and it can be overwhelming.  Where do you start? Most 6×9 templates will have very similar margins, gutters, and dimensions.  You can’t go wrong with […]